News
Home News The use of vegetation cover in vineyards, a commitment to the future to slow soil erosion due to the effects of climate change
  
6 July 2022

The use of vegetation cover in vineyards, a commitment to the future to slow soil erosion due to the effects of climate change

The use of spontaneous vegetation cover, which grows naturally, reduces soil erosion by up to 8 times compared to traditional tilling in vineyards of the Rioja Alavesa. This has been demonstrated by the NEIKER technology centre, member of the Basque Research and Technology Alliance (BRTA), through a study carried out in collaboration with the Maisulan winery in Elvillar (Alava).

During the research, “we have verified that using vegetation cover in vineyards reduces soil erosion to 2.1 tonnes per hectare of earth per year, versus the almost 17.9 tonnes eroded by traditional tilling techniques, thus preventing the loss of 15.8 tonnes of soil per hectare per year”, explains Olatz Unamunzaga, head of NEIKER’s Natural Resource Conservation Department. This data corresponds to the period between April 2020, when the work started, and April of this year.

The results of this investigation were presented yesterday in Bilbao during the fourth transnational seminar on “Strategies for soil protection against the impacts of climate change: risk of erosion and carbon sequestration”. This meeting, with a clear international outlook, was organised by NEIKER within the framework of the European MONTCLIMA project, which is responsible for finding sustainable management practices against the effects of climate change in mountainous regions. This collaborative project, funded by the European Union through the Interreg SUDOE programme, is made up of 9 participants from Spain, France, Andorra and Portugal that are working on different strategies, such as that carried out by the technology centre in Rioja Alavesa, to protect the soils against the impact of climate change.

The seminar is part of a series of transfer meetings dedicated to improving the prevention and management of the four natural hazards studied in the project: erosion, fires, flooding and drought.

Thus, during the event, in addition to presenting the findings of NEIKER’s research, the results of the investigations by the French collaborators on measures for avoiding erosion after fires, and the effects of revegetation to limit solid material mobilisation by our colleagues from Andorra, were shared, along with many others.

Vine growing for wine is one of the most representative agricultural crops of the Basque Country, both for its significance on the surface as well as its economic weight. In addition to the production areas for the different Denominations of Origin of Txakoli (in Gipuzkoa, Bizkaia, and Araba), which total around 1,000 hectares, the largest winegrowing area is in Rioja Alavesa, in southern Alava, with around 13,000 hectares of vineyards.

The Rioja Alavesa region has a climate more akin to the Mediterranean. Although accumulated precipitation there is much lower than on the Cantabrian coast (400-600 millimetres per square metre per year in Rioja Alavesa compared to 1,000-1,600 in the Txakoli region), the usual form of tilling the land to keep the soil bare makes the land more susceptible to erosion.

In this region of southern Alava, winemaking represents 80% of usage of usable agricultural land, of which more than 40% has an average incline above 10%, the limit at which erosion considerably increases. Therefore, over 5,000 hectares of vineyards in Rioja Alavesa is at risk of erosion, a figure which goes up when the extreme weather phenomena associated with climate change (large storms, hail, extreme heat and cold, etc.) are factored in.

For the study, NEIKER had the support of Bodegas Maisulan in Elvillar (Alava), which uses organic production on its vineyards. The test was carried out over two years on a Graciano vineyard on a slope between 10% and 20%. The pilot plot was used to compare conventional tilling with spontaneous vegetation cover on the vineyard. As highlighted by the NEIKER researcher, “this involved not ploughing and allowing the flora of the terrain to take over the space between the vines. This flora was then controlled by 1-3 passes of shallow tillage per year, always attempting to affect the surface of the terrain as little as possible”.

The soil, an essential resource for life

It is no coincidence that in recent years soil protection is becoming in a central element in the world agenda on environment. It is an essential resource for life on the planet, but it is not easily renewable. One centimetre of soil can take hundreds of years to form, and can be lost in one single storm.

The MONTCLIMA project to protect soil against climate change is set to last 42 months and is comprised of nine partners: the Association of the Working Community of the Pyrenees (CTP), the coordinator, the Centre for Ecological Research and Forestry Applications (CREAF), NEIKER, the Centre for Forest Services, Promotion, and Industry of Castille and Leon (CESEFOR), the Polytechnic Institute of Bragança (IPB), the National Forest Office of France (ONF), FORESPIR, Centre for Study and Expertise on Risk, the Environment, Mobility and Management (CEREMA) and the Intermunicipal Community of the Region of Leiria (CIMRL). This collaboration will be the setting for the development of the first transnational strategic natural risk prevention and management framework for the mountainous areas of south-western Europe.

With 1,401,811 euros, it was 75% co-financed by the European Regional Development Fund (ERDF) through the Interreg SUDOE Programme, which aims to support regional development in Southeastern Europe by funding transnational projects through the ERDF. 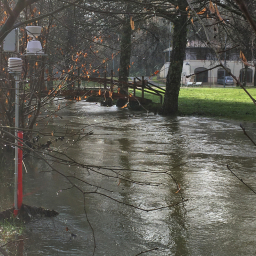 CLIMALERT, a project we are working on to prevent risks arising from climate change, minimises the impact of flooding in France
4 March 2021 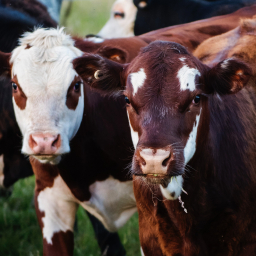 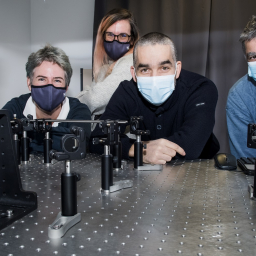