Dairy cow mortality can be reduced 35% simply by vaccinating them for paratuberculosis in their first three months of life, according to a NEIKER study published in the prestigious journal Vaccine. The study was carried out by a NEIKER mycobacteria group that recently won the international ZENDAL animal health research award. It looked at 30 farms in Araba, Bizkaia and Gipuzkoa and studied 9,000 cows for over a decade.

This finding not only entails a potential drop in paratuberculosis impacts on farms, but also the possibility of decreasing the use of antibiotics and all of the advantages entailed by such a practice. “Increased survival of dairy cows entails greater sustainability for farming operations, as they need fewer resources to maintain the same level of production. It also entails better animal well-being, as fewer animals fall ill,” explained Ramón Juste, researcher at the NEIKER Animal Health department.

This is a study with both scientific importance as well as importance in terms of technology transfer as it confirms the trained immunity theory prediction and, in turn, offers a practical application. The clinical trial was recorded by the company CZ Veterinaria to study the effects of the paratuberculosis vaccine when administered at different ages. So, the research also involves collaboration between the public and private sector.

The work came about as a response from the farming services of the Provincial Councils of Araba, Bizkaia and Gipuzkoa to farmers’ requests and has served as the documentary basis for registering the product in Australia and France. In short, the work fully adheres to the research model applied involving a private company, public agencies, and a scientific institution to enhance the farming industry.

“These results are the product of many years of collaborative work performed by scientists, administrators, field specialists and farmers in the Basque Country”, Juste said. “The findings are a truly Basque technology complementing a Galician development and they open an innovative window of opportunity toward better production sensitive to sustainability and animal welfare. The conclusions drawn by the research confirm a new theory and therefore provide a scientific explanation for the benefits of using probiotics already empirically popular both in animal feed and for human health”, the NEIKER researcher said.

Paratuberculosis is a globally widespread disease. Experts estimate that it is present in more than 40% of bovine herds in the countries that produce the most milk, and that it also affects other domestic ruminants like sheep, goats, camels, and deer. In bovines, annual losses per animal in affected herds can reach €230.

The study measured immunological and microbiological variables related to protection against paratuberculosis, but this publication focuses on the survival analysis, considering annual replacements carried out by the farms included in the study, which had an average of 1,100 cows per year.

The biggest effect is observed before the age when paratuberculosis manifests itself, i.e., in the first and second year of life and, particularly in the first year when animals are more sensitive to a large number of viral and bacterial infections usually requiring the use antibiotics.

Although this particular aspect requires specific statical analysis, it is estimated that the reduced mortality is due to the vaccine’s induction of an increased individual capacity for non-specific immuno response due to so-called trained immunity. 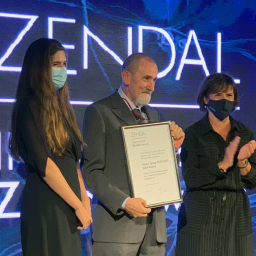 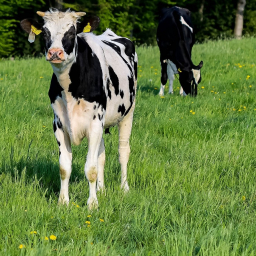