The Basque Institute for Agricultural Research and Development, NEIKER-Tecnalia, the public body that reports to the Sub-Ministry for Agriculture, Fisheries and Food Policy of the Government of the Basque Autonomous Community, has confirmed the capacity of Chlamydomonas acidophila microalgae to absorb ammoniacal nitrogen present in the effluent generated in the digestion of organic waste coming from the agri-food sector. These algae can grow in these liquids and assimilate the ammonium, which prevents this gas from being volatilised in the form of ammonia (NH3) and contaminating the atmosphere. Furthermore, the microalgae biomass obtained in this procedure can be used as a raw material for producing biogas or used as animal feed, compost or fertilizer besides being an extraordinary source of lutein, a powerful antioxidant used as a food supplement.

The decomposition process of agri-food waste in oxygen-free conditions produces effluent that has a high content of ammoniacal nitrogen, specifically between 2 and 5 grams per litre. Significant quantities of this waste is produced on farms and biogas plants, among other facilities. That is why it is essential to find suitable methods for managing it and for preventing the ammonia from being volatilised and ending up in aquifers and surface waters.

Chlamydomonas acidophila microalgae display characteristics suited to growing and reproducing in a medium that contains up to 50% of the liquid that comes from the decomposition of agri-food waste, as NEIKER-Tecnalia researchers have been able to confirm. The main advantage in cultivating them lies in their capacity to develop in very acid mediums (pH 2-3) and to tolerate, to a high degree, the presence of heavy metals and high organic loads.

In addition to their environmental contribution owing to their capacity to assimilate ammoniacal nitrogen, they have a significant capacity to produce lutein, a powerful antioxidant that helps to delay cell and tissue deterioration and oxidation; lutein protects the organism from free radicals attack and is used in various therapeutic treatments. Optimum consumption of it leads to better vision, prevents cataract progression and also accumulates a large quantity of carotenoids –organic pigments– of commercial interest for the food industry.

NEIKER-Tecnalia is currently developing various lines of research devoted to identifying and subsequently assessing microalgae strains that are of commercial and environmental interest. Among the projects being conducted features the quest for oil-rich microalgae that can be used to obtain biodiesel.

Source of new products and applications

Microalgae form a heterogeneous group of microorganisms distributed across all imaginable environments and which share the characteristic of being photosynthetic. These organisms perform an essential role in global ecology since they are responsible for fixing about 50% of the planet’s carbon. Through photosynthesis they use solar energy to trap atmospheric carbon dioxide and turn it into organic carbon.

Due to their huge biodiversity, microalgae represent one of the most promising sources of new products and applications. Today, they are a source of a large variety of compounds and biomolecules with a high commercial value and applications as wide ranging as food, dietetics, fine chemicals, biomedicine, cosmetics and bioenergy, all of which are an indication of their biotechnological potential. 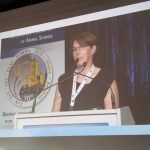